Naoki Kimura has been a photographic artist who moved to the States in 1987 and worked there from 1990 and is currently based in Tokyo since 2017.

He creates limited edition original prints only by using basic monochromatic approach.  Kimura has taken hundreds of photographs that originate in European atmosphere.

His basic concept is the Lull fluctuation, as he calls it,“Nagi”. With a theme that Zen-like undertones, “Nagi”, Kimura expresses Qualia which reflects fluctuation and texture within the interplay of time and space in a particular place.

Kimura’s productions over the last few years have moved in a more honed direction to acquire dense and solemnity, and they have been succeeded to the creation based upon his Japanese series.  Kimura’s noble style of works gather broad attentions among both European and American collectors. 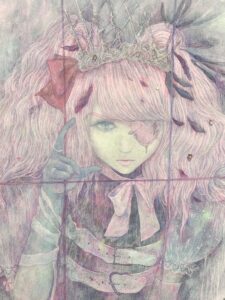 A New Work of Chika Akanishi